The Rapture and Second Coming as Two Distinct Events

By James TravisNovember 12, 2019No Comments 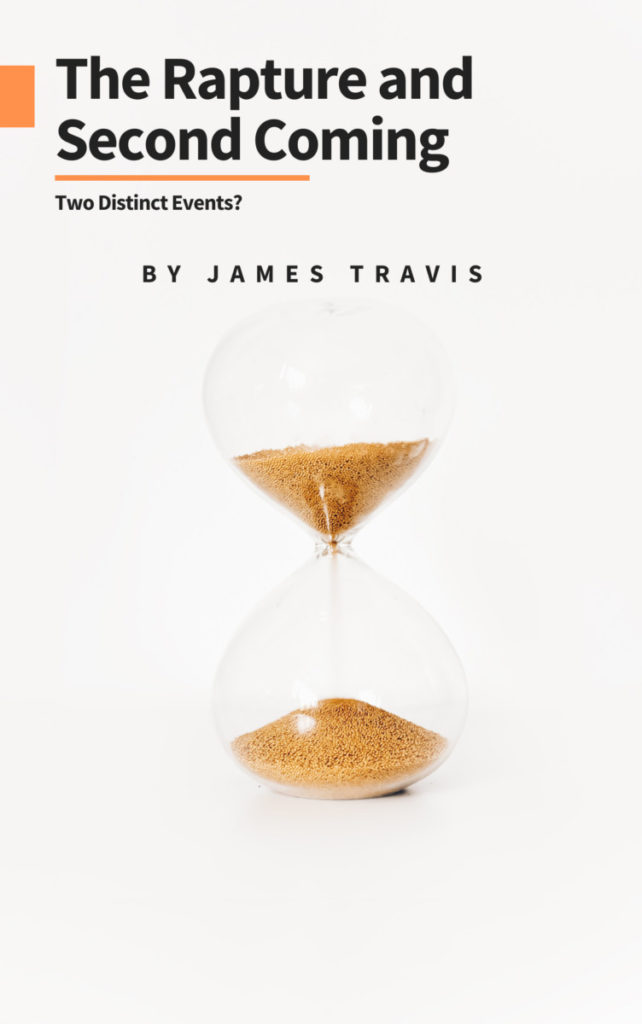 This paper will aim to establish that the rapture of the church and the second coming of our Lord Jesus are two separate and distinct events. It should be noted that the majority of evidence will be from a pre-tribulational perspective, but consideration will be shown to contrasting views.

What is the rapture?

First, it is important to define the terms with which we are working. It has been said that the rapture is the very next thing on the prophetic timeline. One source defines the rapture as follows,

“The rapture is the popular term used to describe one perceived view of the Lord’s return based on the writings of the Apostle Paul in 1 Thessalonians 4:17. The word “rapture” comes from the Latin rapere used by the Vulgate to translate the Greek word harpazo, which is rendered by the phrase “caught up” in most English translations.”

1 Thessalonians 4 informs our thinking on the sequence of events in the end times. We read,

“16 For the Lord himself will descend from heaven with a cry of command, with the voice of an archangel, and with the sound of the trumpet of God. And the dead in Christ will rise first.

17 Then we who are alive, who are left, will be caught up together with them in the clouds to meet the Lord in the air, and so we will always be with the Lord.”

Here Paul says with both certainty and authority that there is a clear chronology even within the rapture. First is the resurrection of those who have died believing in the Lord Jesus, and then those who are alive on the earth at this time of rapture will be taken to be with Him.

Others hold the post-tribulational view that asserts that

“…the coming of Christ for his church will not take place until the conclusion of the great tribulation.”

Others would try to mediate between the two tribulational positions and say that the church will go through the first half of the tribulation and then be raptured to be with the Lord. This view is known as the mid-tribulational view.

Other, more outlandish theories would include partial-rapture theory which would state that certain portions of believers are removed as and when they are ready, or that only those who are actively looking for the return of Christ will be raptured.

According to Scripture, there is nothing to happen between now and the time of the rapture. Matthew 24.36 and Matthew 25.1-13 both speak of the unannounced and unknown time that our Lord will snatch up His church to be with Him.

What is the second coming?

Moving focus to the second coming of our Lord, one source defines this event as

“The Second Coming or Second Advent of Jesus Christ is seen as a yet future event by Christians. Jesus Christ’s first coming, about 2,000 years ago, was to deal with sin. Before He ascended to heaven, He said, “if I go away, I will come back”; and His Spirit is given as a “guarantee” of His return and of our salvation in Him, to sustain the Church until His return. His return or Second Coming is sometimes called the Parousia…and will be for the judgment of his enemies and the salvation of those who await his return…it is commonly accepted that:

Are there different views?

To consider an alternate point of view, that there will be no millennial kingdom of Christ on the earth (known as Amillennialism), Daniel 12.1-3 and John 5.28-29 do in fact, at first glance, seem to imply that there will be only one resurrection including both those destined to eternal life and those destined to spend eternity without the presence of God. These Scriptures are also used to proffer a postmillennial return of our Lord.

“At that time shall arise Michael, the great prince who has charge of your people. And there shall be a time of trouble, such as never has been since there was a nation till that time. But at that time your people shall be delivered, everyone whose name shall be found written in the book.2 And many of those who sleep in the dust of the earth shall awake, some to everlasting life, and some to shame and everlasting contempt. 3 And those who are wise shall shine like the brightness of the sky above; and those who turn many to righteousness, like the stars forever and ever.

Balancing these Scriptures, which do seem to teach a one-time resurrection is difficult, and H.C. Thiessen writes

Clear to see, then, that simply because two resurrections are detailed, it is not absolutely necessary that they happen concurrently. Careful reading of Scripture in this case, and cross referencing with passages such as Revelation 20 still allow the interpretation of two resurrections, not occuring at the same time.

2 Thessalonians 2 speaks of both events and clearly identifies the two (the rapture and the second coming) as not being the same, or even at the same time. Paul writes,

“1 Now concerning the coming of our Lord Jesus Christ and our being gathered together to him, we ask you, brothers, 2 not to be quickly shaken in mind or alarmed, either by a spirit or a spoken word, or a letter seeming to be from us, to the effect that the day of the Lord has come. 3 Let no one deceive you in any way. For that day will not come, unless the rebellion comes first, and the man of lawlessness is revealed, the son of destruction, 4 who opposes and exalts himself against every so-called god or object of worship, so that he takes his seat in the temple of God, proclaiming himself to be God.”

Analysis of this passage clearly shows that the rapture and the second coming are two distinct events.

‘…concerning the coming of our Lord Jesus Christ and our being gathered together to him…’ speaks of the rapture as the first event on the prophetic timeline, so to speak.

Paul then goes to write that the believers in Thessalonica should not be surprised or alarmed by any means into thinking that the rapture is actually the second coming, “… to the effect that the day of the Lord has come.“.

Verses two to four make it explicitly clear that the rapture will happen, but the second coming of Christ must be preceded by certain events.

‘…not to be quickly shaken in mind or alarmed, either by a spirit or a spoken word, or a letter seeming to be from us, to the effect that the day of the Lord has come. 3 Let no one deceive you in any way. For that day will not come, unless the rebellion comes first, and the man of lawlessness is revealed, the son of destruction, 4 who opposes and exalts himself against every so-called god or object of worship, so that he takes his seat in the temple of God, proclaiming himself to be God.’ (emphasis added).

To further strengthen the position that the two events – rapture and second coming – will be distinct and separate, Thiessen writes,

“…a careful study of the Scriptures discloses that there will be an interval between Christ’s coming into the air and his coming down to the earth.”

Thiessen goes on to write that before the parousia takes place, two important things must happen. First, the judgement of believers detailed in 2 Corinthians 5.10, and then the marriage supper of the Lamb detailed in Revelation 19.

Whilst these are no-doubt heavenly developments involving those who have fallen asleep in Christ and those who were snatched up to be with Him, there are also earthly developments; those previously mentioned in 2 Thessalonians 2 involving the abomination of desolation and the Antichrist.

Louis Berkhof echoes this view, albeit with slightly different terminology which can leave the student confused (the rapture is perfectly described, but titled ‘the coming’). He writes,

“Thus we have two distinct comings of the Lord, separated by a period of seven years, of which the one is imminent (the rapture), and the other is not (the second coming), the one is followed by the glorification of the saints, and the other by the judgement of the nations and the establishment of the kingdom.”

In his excellent book ‘A Survey of Bible Doctrine’, Charles C. Ryrie elaborates on this on page one hundred and seventy and makes comment that a very clear timeline of events will need to be completed in order for the second coming to appear.

Ryrie goes on to make the excellent point that the church simply has to be taken, or raptured, pre-tribulationally because the Holy Spirit is restraining the work of Satan through His indwelling in the hearts of believers, the church.

2 Thessalonians shows that, in the words of Ryrie,

“…the man of sin cannot be revealed until something (v.6, where the neuter is used, the church) and someone (v.7, where the masculine is used, the Holy Spirit) are taken out of the way.”

Perhaps one simple point that is to be considered when contemplating the separate events of the rapture and the second coming is that of a logical thought process. Thiessen writes,

The point is clear and cogent; Jesus cannot return to earth, bodily and with His saints if His saints have not gone to Him beforehand.

“Almost all agree that the rapture is to be distinguished from the second coming in the sense that the former is when Christ comes for His own people and the latter is His coming with them in triumph and glory.”

It has been shown with Scripture, exposition, and logical thought stemming from a literal interpretation of the Word of God that the rapture of the church and the second coming of our Lord simply cannot be one event.

We should, however, consider that the eschaton and the events surrounding it are, with all due respect, a secondary issue. Dealt with in perspective of the wider Gospel the eschaton is most interesting, but we must guard against spending time arguing over something we will never have a concrete answer for in favour of growing in the grace and knowledge of our Lord Jesus (2 Timothy 2.23, cf. 2 Peter 3.17-18).

However, in summary, there is a strong Scriptural position for the rapture and the second coming being two distinct and separate events. 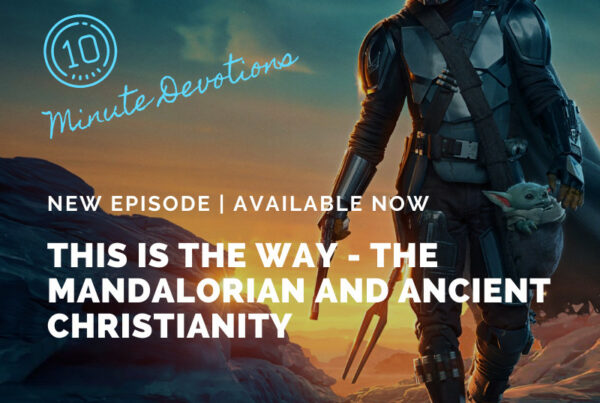 This is the Way – The Mandalorian and Ancient Christianity 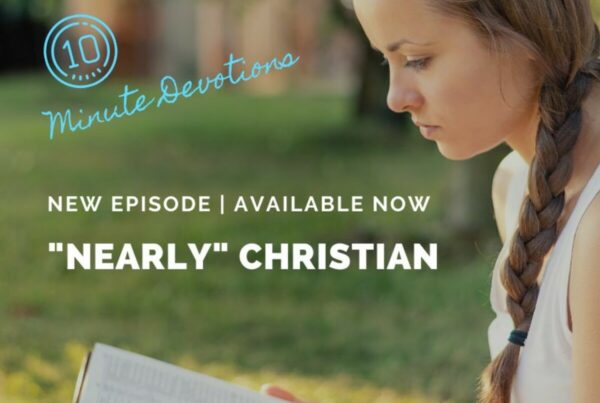 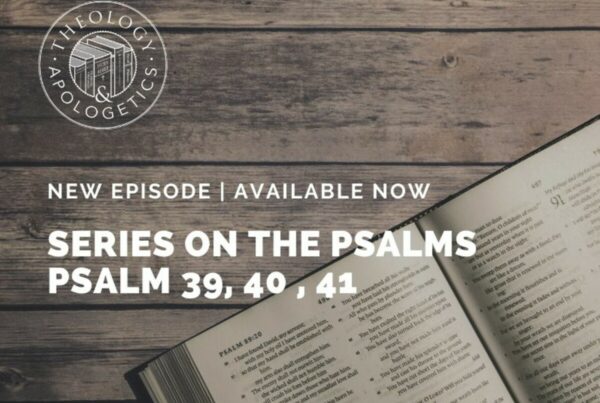